Back on the east cost we always called Seagulls "Dump Turkey's" because they were very common and always at the dump.  Never did find out if they tasted like turkeys.  Although they are common south, in Nunavut they are one of the first signs the brief summer is starting.


I had left a bag of bread on the counter and one or more of the cats tore the bag and destroyed the bread inside.  So instead of throwing it in the garbage I figured it was a good excuse to bait some birds for photos.  The best of the results are below.
My favourite photo of the evening.  I originally passed it off as a failed photo but after looking at it again the eye kept drawing me in.  Taken just as the seagull was taking off. 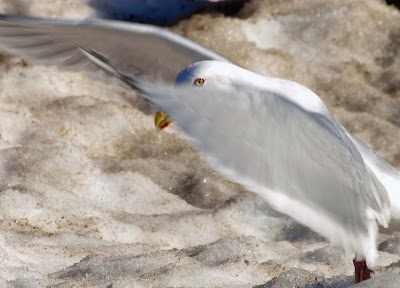 The bait.  I had to stand outside for about an hour before they would start going for the food.  Luckily the last couple of days have been sunny and warm.  Today it's 2C but feels liks 20C. 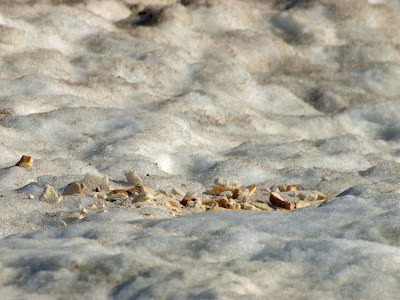 The first investigator on the scene.  Didn't care for me being so close to the bait. 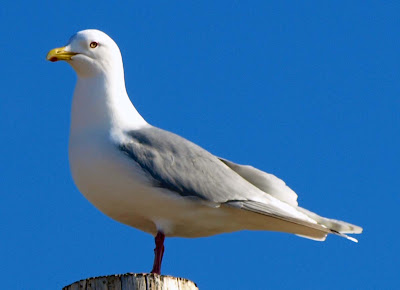 Was a failed photo until I noticed this shadow. 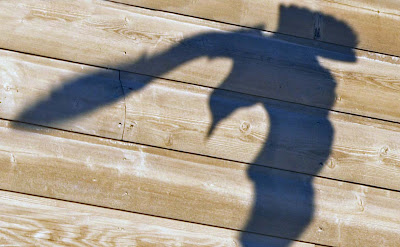 Fighting over a prime spot. 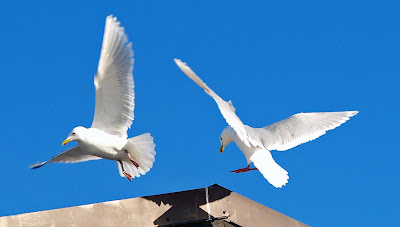 A rare moment in the summer.  A raven and a seagull in the same place. 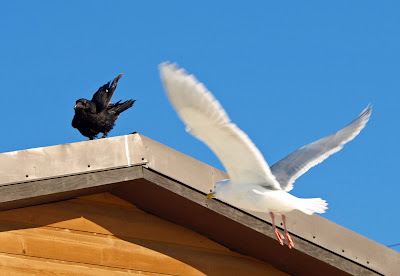 My second favourite photo of the evening. 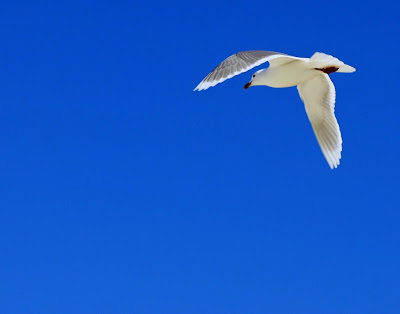 This would have been my favourite if it had been in focus and the other seagull wasn't in the photo.  But a friend at work liked it the best and wanted to see it on the blog.  So blame him not me. 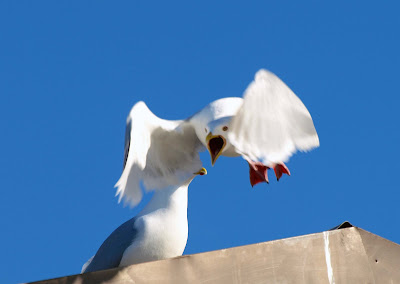 Those are some very cool shots.

I love the top one. It's the eye and the little bit of blue on the head that draws you in.

Thanks Shelly. I'm always looking for new ones so I can keep changing it. I do use an old one from time to time.

awsum!!Glad you have the patience to stand in the cold wind for our enjoyment!! All the pics are great, love the shadow one, very artistic!!