We had a blizzard when we were in Grise Fiord and were there for an extra 3 day waiting for the weather to improve. The first 2 pictures are of the co-op hotel. A lot of the siding was missing from the building. Downstairs in the back hallway there was a least 4 inches of snow that had blown in around the back door. One of the rooms downstairs had snow in it from blowing in around the window. The wind was blowing hard enough around the window in Mikes room that it blew the lamp over. He decided to move to another room after that. It may sound bad but it was a fun adventure. 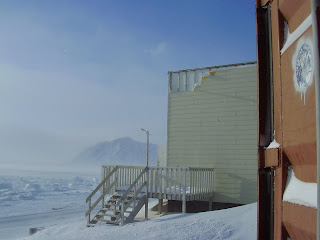 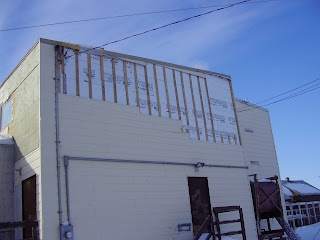 Sorry the next picture is sideways we don't have any photo software on our computer. Hopefully the home budget will allow us a new one soon. If you look close you will see a chain running from the roof to a barrel. The barrels are full of rock. The chains and barrels are at the four corners to help keep the building from being blown off the piles in a wind storm. Now that is windy. 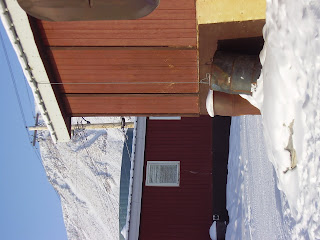 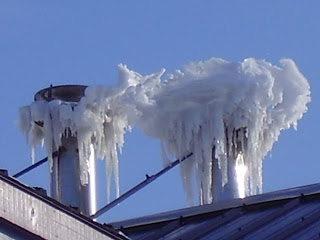 Our flight out. The planes come in towards the mountain then cut hard left to land on the runway. Memorable way to come in. 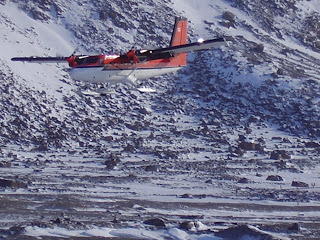 Here is the airport. You can see the pipes just behind the entrance roof. 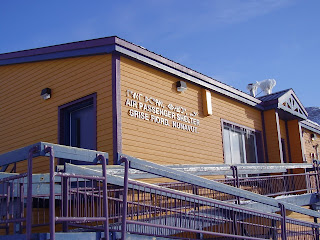 See Michele I wasn't alone with a woman on my trip. I took this picture to prove Mike was there also. I forgot to mention that Allashuwa was a woman. Yes I did tell Michele that she was going. I thought that Michele knew who Allashuwa was. 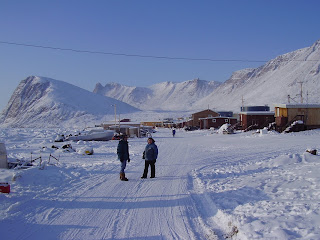 The next three pictures were taken outside during the blizzard. It is hard to tell by these pictures but it was really windy. 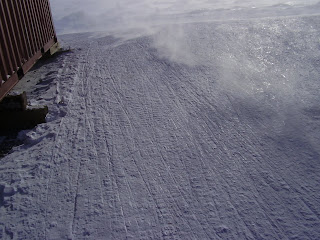 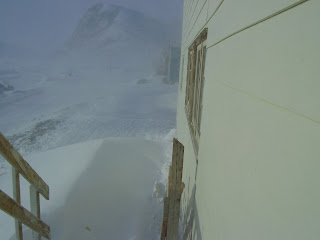 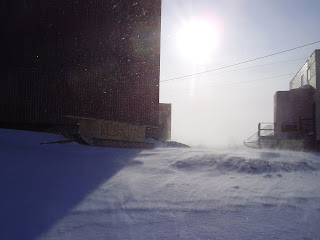 That is all from my trip. The photos below are some scenic photos of Grise Fiord. Enjoy.
Posted by Matthew & Michele at 8:17 PM

I could comment on the stink pipes with the frost on them but people are reading this, so will discuss some other time ha! ha!