Previously my only times in Clyde River were for brief stops on the way to either Pond Inlet or Iqaluit. It was nice to spend some time in the community this time. The hotel was nice and the food was excellent. The only problem we had was the waste pipes were frozen for the first day and night leading to a nasty looking toilet by the time they were unfrozen. I had a bit of time to look around before we flew out on Friday.

This shed was in front of the hotel and was almost completely buried in by a snow drift. Clyde River gets a lot of snow in the winter. Last year they were in a state of emergency after a blizzard that left entire buildings buried under the snow and it was over a week before all the roads were dug out. 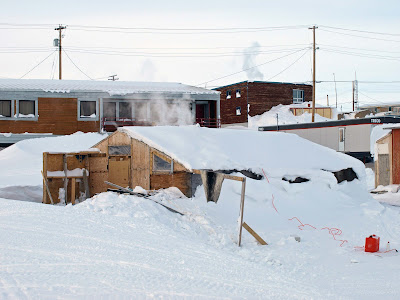 I believe this is one of the streets that had entire buildings buried under snow. 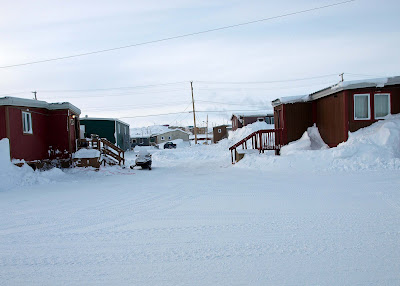 I did get out to wander around the pressure ice. I've modified the photos below to show the colors in the ice. The first photo below has only been lightened. 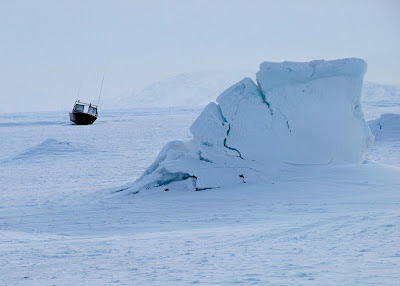 Hue and saturation changed to about +18 to show the greenish blue color in the pressure ice. 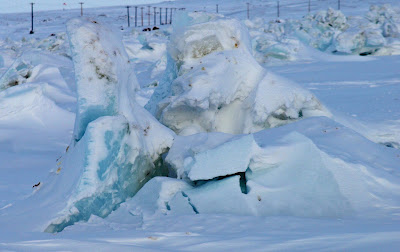 Hue and saturation all the way to the right and gave an effect I really liked. 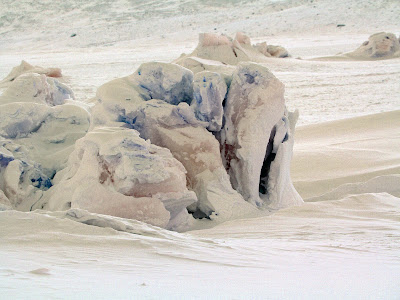 My favorite shot. A lot of modifying done to this one. 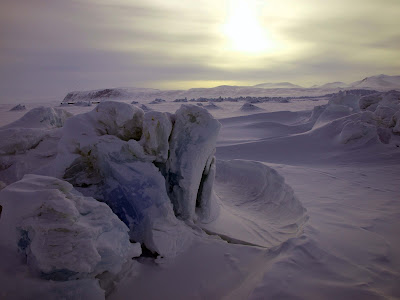 these are really nice...I like the last one the best

Thanks Honey. Your my best critic.