It was worth going out the other night just to see the large surf crashing to shore at the park.  The fog meant I had to go into the stupid zone to get the photos.  The fog has currently lifted from Cape Dorset but word is it will roll back in later tonight.  Hope there are still big waves coming in.
The water was spraying about 6 meters into the air at this spot. 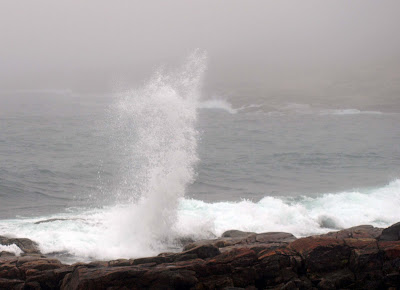 Spent a lot of time just watching the large waves crashing in. 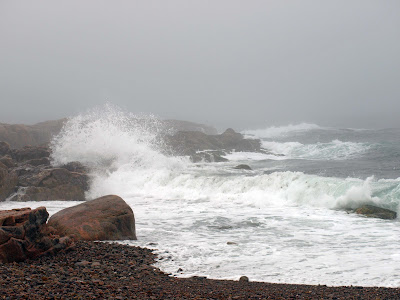 The waves were huge! 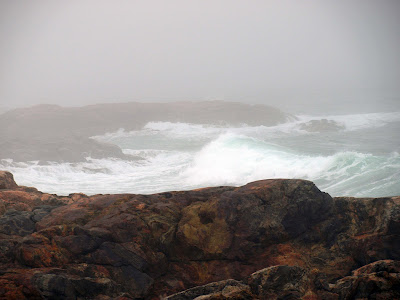 Any one in CD who hasen't visited the park when the surf is like this is really missing something,the waves are awsum and it is so loud you can hardly hear someone talking beside you, awsum, powerful!!

Had to post and say I love these pics. They are why I peek at Northern blogs!