I have had the opportunity to do some travelling over the last year and got out to these communities: Iqaluit, Kimmirut, Rankin Inlet, Yellowknife and Cambridge Bay.
Kimmirut
I have been to Kimmirut before but this time I was there in the summer. I was there helping out with a community evaluation and got to see a lot of the community. Got some nice pictures of the heel (Kimmirut). Enjoy the pictures below. 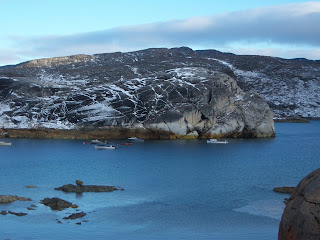 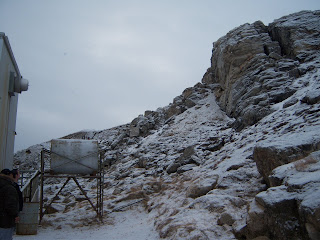 I don't have many pictures of Rankin Inlet because it was too damn cold to wonder around. It was cold enough that my DSLR camera would stop working. It never got above -50C with the wind and for two days in a row it was -59C. Now that is a blizzard. You can actually walk onto the roofs of many buildings because of the drifting. Enjoy the Pictures below. 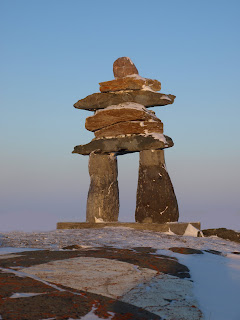 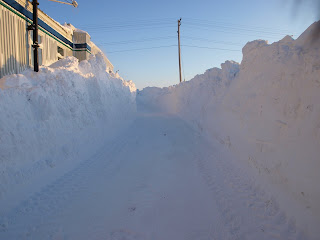 Got to see Rachelle when I was in Yellowknife. Rachelle and another girl are renting a very nice home not to far from the main drag. I got to do some shopping at a real Canadian Tire (not a metal dump), Walmart and a book store. I have forgotten how nice it is to browse around a book store. Rachelle's boyfriend Wade chauffeured me around Yellowknife to look at the sites. It was to dark to take pictures. Yes Rachelle is dating a fellow and yes I don't mind him. He was on his best behaviour and I took advantage of him by getting him to drive me around. I have to get something out of the relationship too I am the old man. LOL. I did take them out to dinner as a thank you. Rachelle does need to keep her head up and watch were she is going. 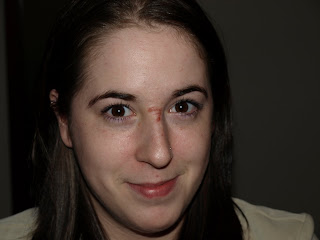 Cambridge Bay
No pictures 0f the community. I was only there over night and didn't have much time to play. I will say that it is one of the nicest communities that I have been in so far. The people there were very friendly and accommodating. Hope I get a chance to go again soon when I have more time to explore.
Michele will be the next to go travelling when she attends a course in Iqaluit in a couple of weeks.
Posted by Matthew & Michele at 1:48 PM

love your blog, pics and comments, Matt and Michele, what a lot of work for you, but lovin it in old NB