Trip to the Park

Michele, Dad and I made it back out to the park to explore. We had hoped to see some whales or seals but the only wildlife were the birds. Some pictures of the trip are below.

This little girl was having fun on some off the play equipment. She became quite the poser when she noticed the camera. She is wearing good Nunavut June clothing - Parka and rubber boots. 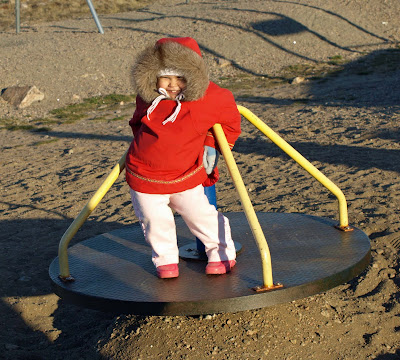 A view of the ice. 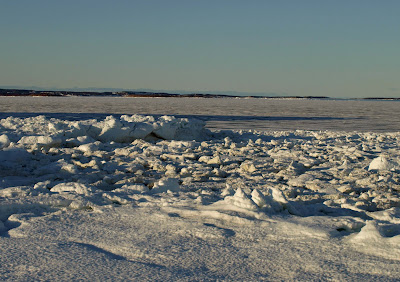 Canadian geese flying in formation that were way out at the flow edge. The wind was really strong all day so the pack ice has been blown out into the Davis Straight. You can just see it on the horizon. 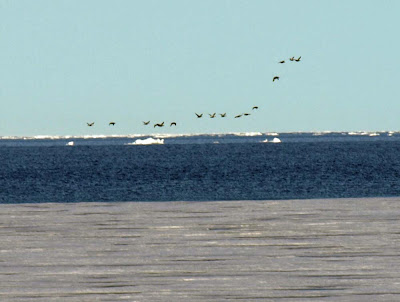 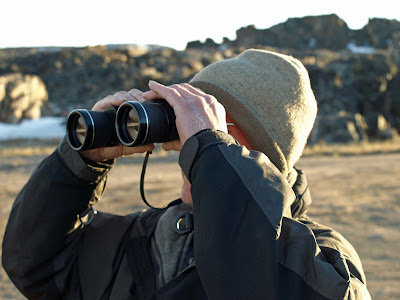 Dad and Michele trying to see if there are any whales. Dad is trying to take a picture off me instead off all the scenery around the Park. Can't blame him for his good taste I guess. 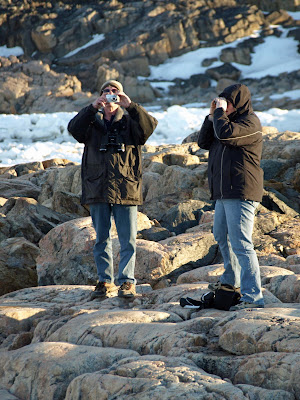 I think I won the camera war. 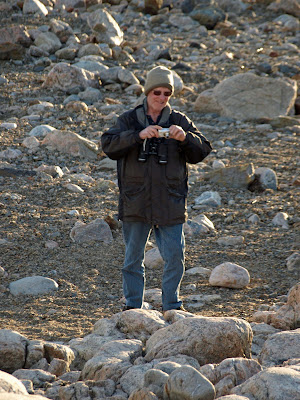 This picture is water laying on top of the ice that has accumulated from melting and runoff from the land. The water will absorb more heat than the ice speeding up how fast the ice melts. 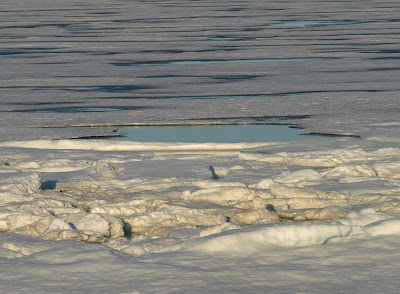 A charter plane leaving the airport caring the Minister and Deputy Minister of Education. They were in town for the graduation of the current senior class. 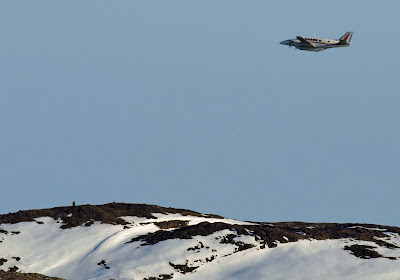 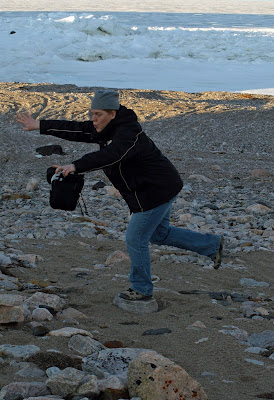 The flowers are starting to come out for the summer. 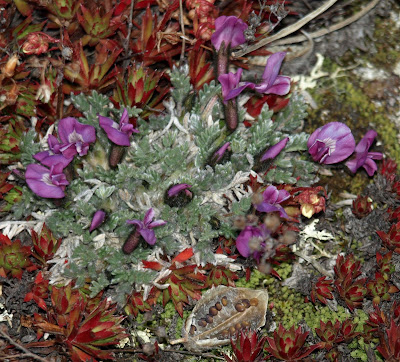 I had heard that my boss (Timoon) was setting up a tent out by the tank farm so we headed over there to introduce him to my dad but he had already left when we got there. It was after 11:00 pm. Nice spot to set up camp. 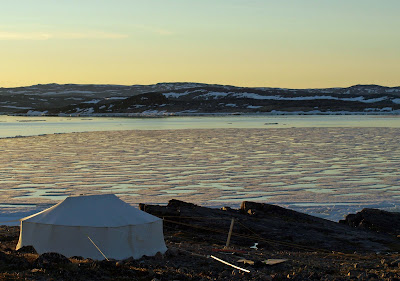 Just before we left a fellow went by on a snowmobile. I don't know if I would be brave enough to go out on the ice with this much water on top. 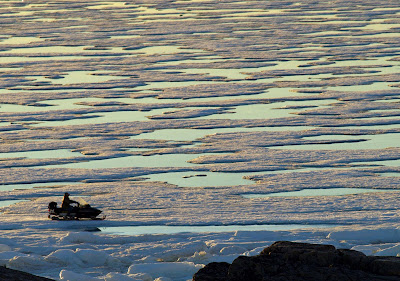 Soes the ice really look strong enough for snowmobiling?
EMO will be getting another call, lol

wow! Such beautiful pictures.... especially of the sun on the ice and the flowers. :D

who is the Angel flying over the rocks???
Michele is there a polar bear chasing ya???? LOL