One of my co-workers has taken the photos below and we all have a question. What is this cage for and why has it been done? Moe from the office has come up with two hypothesis on why this has been done. One idea is it is a fox trap but the hole is to big and the fox could just jump out once it is done feeding. The other idea is it is to attract polar bears. The polar bear would be slowed (not stopped) by the cage and it would give the hunter enough time to shoot the bear. Moe also says the seal inside the cage is probably in good shape because it is frozen. Although in the current heat we are getting it won't stay frozen for long. A bit later I was thinking it could be a cruel joke or maybe a way to protect the meat from dogs but this cage is located in a fairly remote area about 2km from town. If anyone has any ideas why the elaborate set up please leave a comment. Curious minds have to know! Thanks. 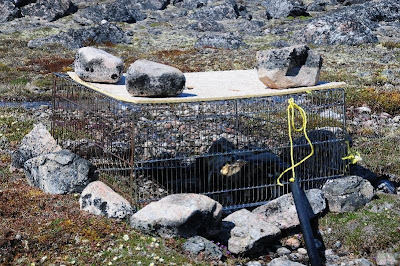 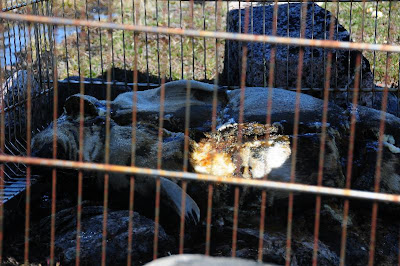 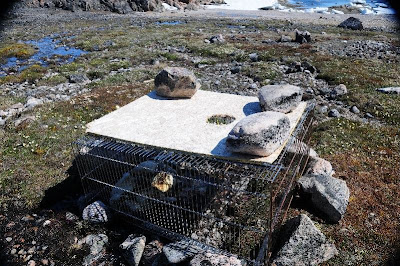